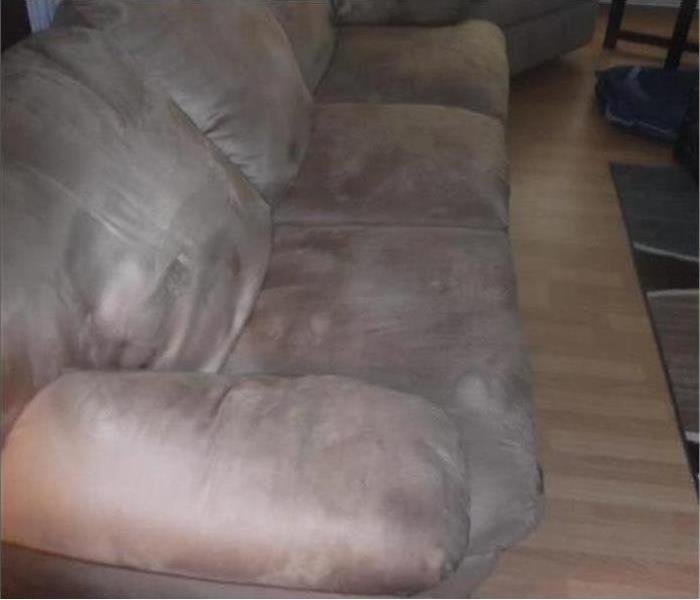 Although not common SERVPRO of Western Lehigh County does get called on for some simple cleaning jobs.  The owners of these couches had recently received them from a friend.  The only issue was the couches (which looked fine) smelled of cats and smoke.  SERVPRO of Western Lehigh County has removed odors from entire houses before, so some furniture was a walk in the park!  Using chemicals that are safe for everyone the smell was easily removed, and guaranteeing if it ever came back we would return free of charge.  The owners were very pleased and felt like they had brand new couches!

View More Before & After Photos