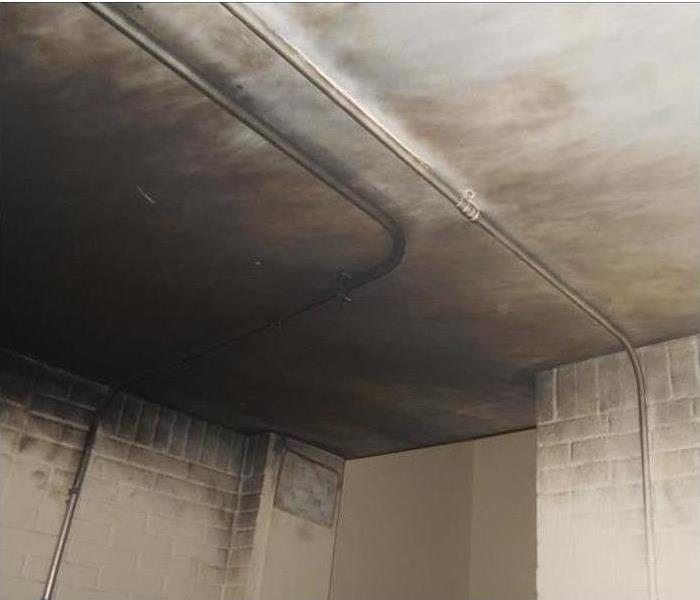 Smoke & Soot Damage in a Basement

This is all the smoke and soot buildup in a basement after a house fire. As you may know fires not only can destroy things bye burning them. Smoke and soot damage can be just as bad. Unlike the burnt down property, smoke and soot damage can be restored! SERVPRO of Western Lehigh County was able to turn these walls back to there original white color in just two days work. Which is good news for the owner, because leaving soot to sit around is a health hazard. Also the longer smoke and soot remain on a surface the harder it will be to clean. So it's crucial after a fire to take action quick, and get that soot out! 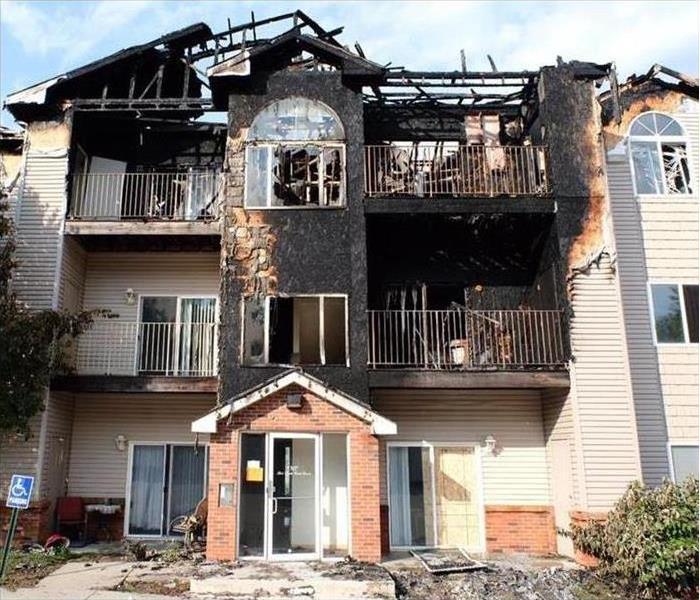 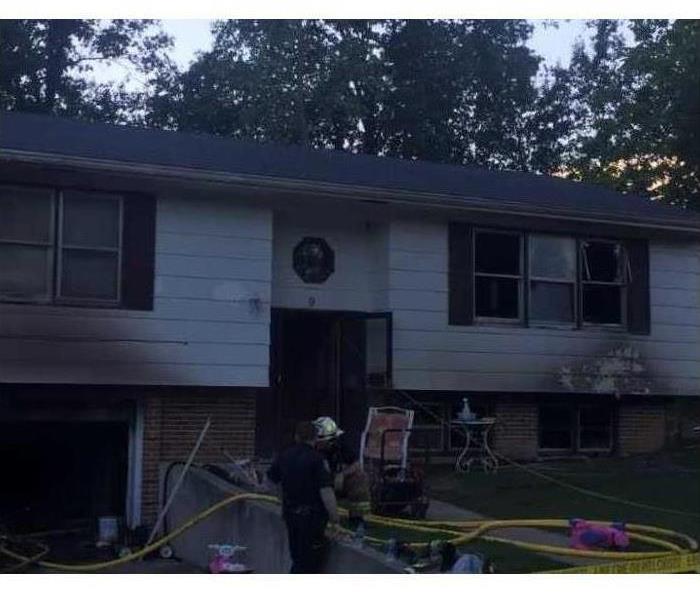 This house caught on fire by a space heater left on after the family left for the day. If space heaters are left on they have a big chance of catching on fire. Also, space heaters can catch fire if they are placed to close to any furniture or curtains in the house. The results of this house was that the space heater was placed to close to the curtains and caught them on fire. Once the curtains caught on fire the rest of the house followed shortly after. SERVPRO Western Lehigh County was called to clean the soot and smoke damage off the walls and ceiling. The family was shocked of the results of the house. All the soot and smoke damage was cleaned up. 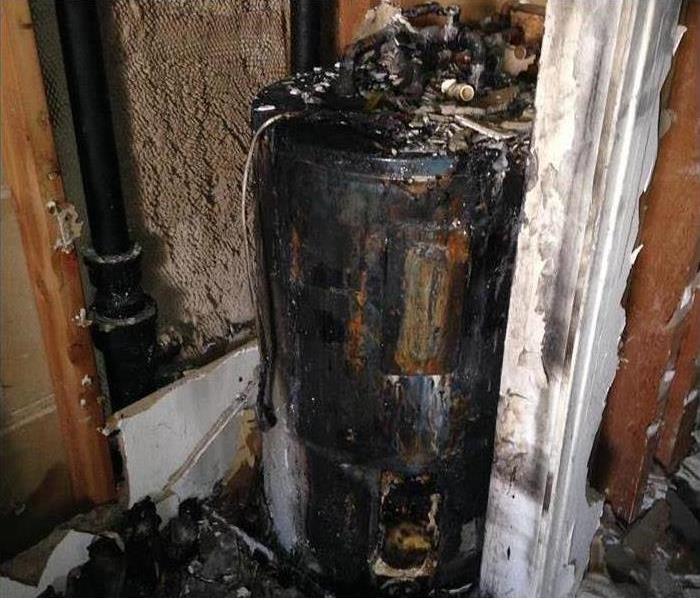 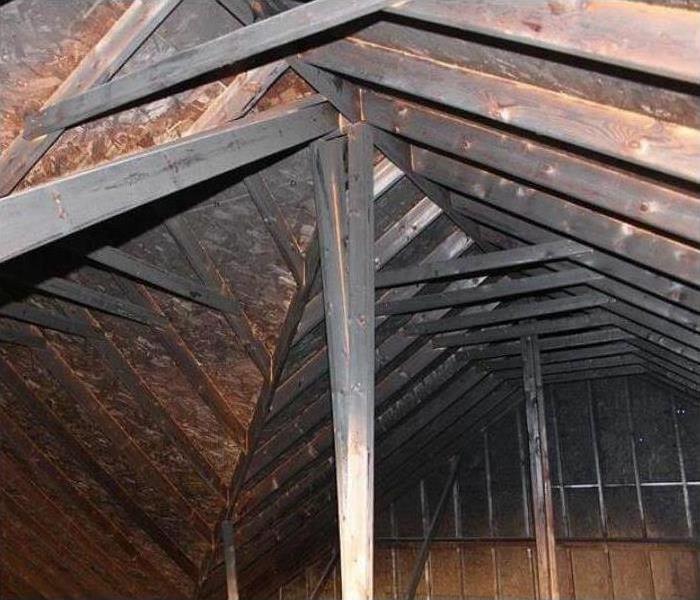 This imagine shows severe fire damage throughout a the attic of a home after an electrical spark.  As you can see the beams are covered in soot and charred wood.  Smoke damage is also clearly seen.  Not only is this dangerous to the structure possibly collapsing, but post a health threat if not taken care or quickly. SERVPRO of Western Lehigh County was contacted to handle the fire damage cleanup after the blaze was put out.  Luckily for this home  the wood just needed to be scrubbed rather than replaced. Using special sponges and chemicals the wood was left looking soot free.  Air scrubbers were than brought in, and the deodorization process than took place.  After 4 days or combined cleaning and odor removal SERVPRO of Western Lehigh County left the attic looking "Like it never even happened." 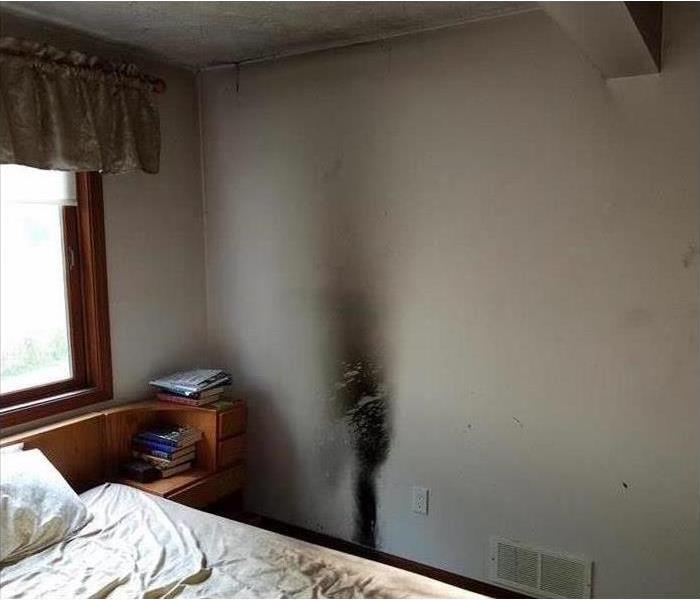 Here we have a small fire damage that was caused by a heater that was placed to close to the wall.  Left unattended the wall got so hot that it eventually ignited.  Luckily the homeowner did notice the fire rather quickly before, and was able to extinguish it before it did serious damage.  Although it may look like a small job the smoke, soot, and odor can cause other issues.   SERVPRO of Western Lehigh County responded to the cleanup call within 2 hours.  After removing fire damaged area of the wall soot removal was next.  Using special cleaning sponges the soot was cleaned off of the surrounding walls.  The final step was using a ozone machine to remove the smoke odor throughout the house.  After a few days of the ozone treatment and the wall repaired, SERVPRO of Western Lehigh County had the fire damage looking "Like it never even happened."